REGISTER NOW FOR 2021 (CLOSED)
TO MAKE THE LAA YOUR CAUSE, CLICK HERE

Join us for a virtual Compañeros Awards ceremony as we bring the community together to recognize the contributions of exceptional individuals and organizations making a difference in the lives of Latino families.

Compañeros features a renowned keynote speaker and showcases the great work being done in our community.

The returning presenting sponsor of the 2021 Compañeros Awards Luncheon is The Coca-Cola Company. 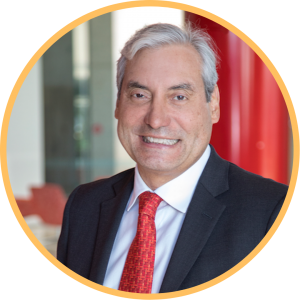 Alfredo Rivera is president of North America for The Coca-Cola Company, helping lead the company’s transformation to emerge stronger as a total beverage company, enabled by a globally networked organization. A veteran of the global Coca-Cola system for more than 35 years, Rivera is a seasoned operator with a proven ability to develop winning strategies and inspire teams to achieve sustainable growth.

Prior to his current role, Rivera served as president of the company’s Latin America group, where he oversaw the operations of four business units across nearly 40 Latin and Caribbean countries. Along with creating a networked organization, he built a strong, diverse pipeline for leadership, and in 2020, the Latin America group achieved gender balance among its business unit presidents.

While Rivera served as president of the company’s Latin Center business unit from 2013 to 2016, the organization qualified for the Woodruff Cup for three consecutive years, and won in 2015. The Woodruff Cup is the most prestigious global award granted by The Coca-Cola Company to the business unit with the most outstanding annual performance.

Before joining Latin Center, Rivera was Sparkling Beverages General Manager for the Mexico business unit for six years. He led the Franchise and Customer & Commercial Leadership functions to a new level of collaborative planning and execution with key customers and nine bottling partners, which resulted in surpassing revenue, profit, volume, and share objectives from 2007 through 2012.

From 2004 through 2006, Rivera served as General Manager of the Ecuador business, leading the turnaround of the business under challenging circumstances. Prior to that, he was Southeast Region Manager in the Brazil division from 1999 through 2003.

In 1997, Rivera joined The Coca-Cola Company as District Manager for Guatemala and El Salvador in the Central America and Caribbean division. During the 13 years prior, he worked for two Independent Coca-Cola bottlers in Honduras and El Salvador.

Alfredo Rivera President, North America He holds a bachelor’s degree in history and an MBA from the University of Southern Mississippi; he also completed the Advanced Management Program at Harvard Business School. Rivera serves on the board of directors for the American Beverage Association; Coca-Cola HBC; fairlife, LLC; Consumer Brands Association; Morehouse College; Boys & Girls Clubs of America and Principal Financial Group.

A native of Honduras, Rivera is fluent in English, Spanish and Portuguese. He currently resides in Atlanta, GA. Person subject to the reporting requirements of Section 16 of the Securities Exchange Act of 1934, as amended. 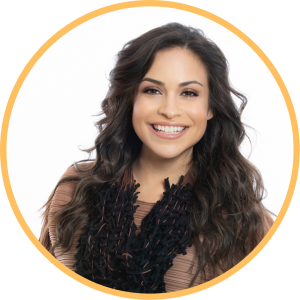 Romero has interviewed former President and Nobel Peace Prize Laureate Jimmy Carter, Civil Rights leader and Presidential Medal of Freedom Award, Reverend C.T. Vivian and American labor leader Dolores Huerta among other distinguished public figures. Mariela has received 23 Emmy Awards from the Academy of Television Arts – South East region.  The Georgia Hispanic Chamber of Commerce named her one of the most influential Latinos in the state and The Latin American Association recognized her with the prestigious Olga C. de Goizueta award in 2019.

Romero is an Emeritus board member of the Community Foundation of Northeast Georgia, and serves on the boards of the Hispanic Organization Promoting Education, The American Heart Association – Metro Atlanta, The Boys Scouts of America – Metro Atlanta, The New Media Education Foundation of Georgia, Corners Outreach and was the first Latina to serve as President of the League of Women Voters of Gwinnett County. In 2020 Mariela Romero joined the board of the National Juvenile Defender Center in Washington D.C.

Mariela Romero holds a degree in Journalism from Universidad Católica Argentina as well as a degree in Social Communications from Universidad de Belgrano. She also studied TV Broadcasting and Production at Buenos Aires “Centro de Estudios de la Comunicación”. Prior to joining Univision, she worked for CNN en español radio and Georgia Public Broadcasting. She is a native of Caracas, Venezuela.

For more information in regards to sponsorships, contact us at events@thelaa.org

Nominate someone for the Inspiration Award

The Inspiration Award recognizes an individual or group that captivates inspires and motivates and who exemplifies the Latin American Association’s vision of ‘Opportunity for All.’ The Inspiration Award is a community-nominated award. The response was overwhelming this year. Though a nearly impossible task, these submissions were narrowed down to a group of finalists with the winner selected by a committee of LAA and community leaders 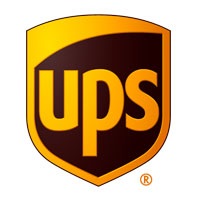