Please ensure Javascript is enabled for purposes of website accessibility
Welcome! Do you need our services? Click here and we will get back to you as soon as possible.

The LAA/ADRC helps older adults and people with disabilities, along with their families and caregivers, connect with a culturally sensitive I&R Specialist to discuss resources and services they need to live as safely and independently as possible.

We empower people to make informed choices about services and support.

Community Resources and Referrals include:

For more information about the program, please contact the LAA’s hotline 404-638-1839

For older first-generation and retired Latinos, it can be difficult to find social groups where they can interact with other Spanish-speaking people. Our Senior Club was founded decades ago with these individuals in mind, and it is still going on. The club is an educational and recreational club that seeks to promote health and wellness.

A Success Story from the program: Silvia Somariba 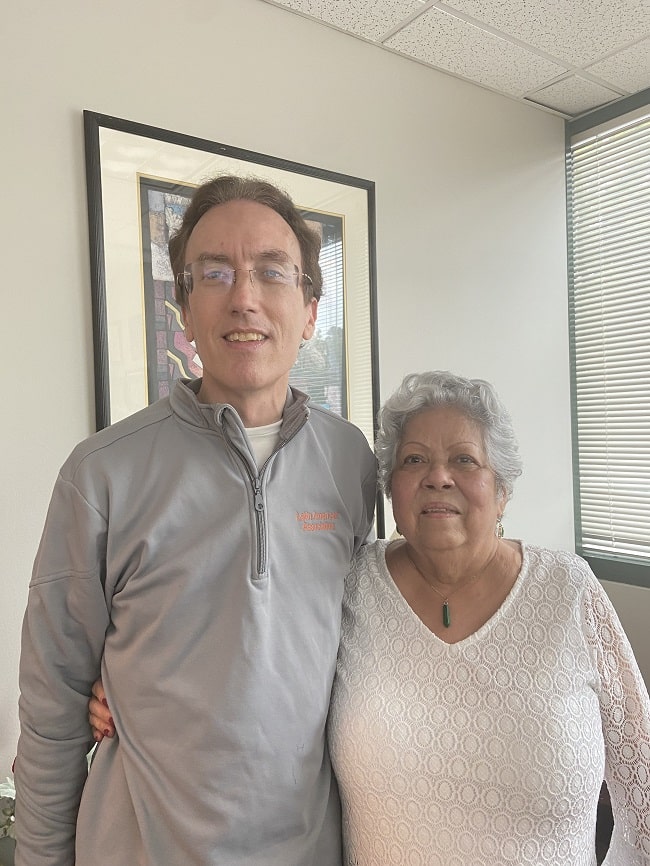 Silvia Somariba’s Story: Silvia Somariba came to us in November of 2018 in need of housing assistance after being left homeless because of her old subsidized housing. Ms.Somariba had lived in the U.S. for 30 years but had to return to her home country of Nicaragua to take care of her 93-year-old mother, who eventually passed. Unfortunately, while she was in Nicaragua, all of her documents were stolen, deterring her return to the U.S. for a year until she could get help from the Costa Rican embassy to return to her home and possessions here in the U.S. When she returned, she found that she lost her subsidized housing and all of her possessions were in storage, making her homeless at 71 years old. That is when she came to us for help through our Aging and Disabilities Program to help her get back on her feet. 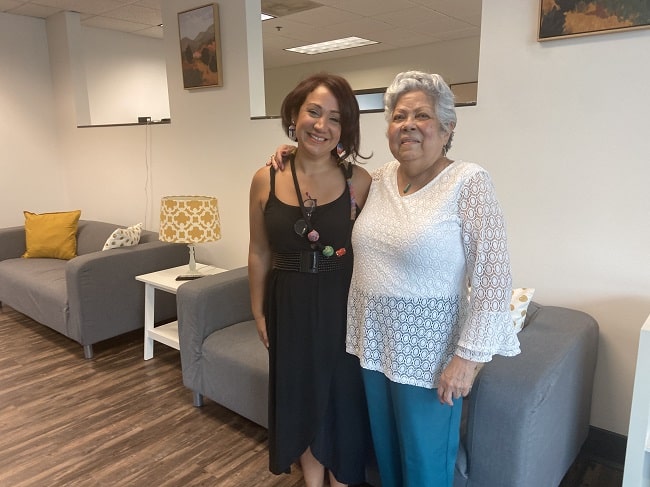 We provided emotional support and called a Coordinated Entry Case Manager from DeKalb County for a shelter placement during the process. That shelter ended up being Rebecca’s Tent, located in Atlanta, where we provided food, clothing, and transportation to the shelter. She lived at Rebecca’s Tent for three months, during which a caseworker provided support and intensive case management by finding resources such as affordable subsided housing. They also referred her to other homeless prevention programs. During that time, we found out that Ms. Somarriba had an outstanding balance of $2,000 from her previous subsided apartment because she broke the lease by leaving her apartment for so long. We referred her to Atlanta Legal Aid for legal consultation over this issue, helped her apply to several subsided housing projects around DeKalb and Fulton, and provided support to the case manager at Rebecca’s Tent by interpreting information to Ms. Somarriba in Spanish. She was eventually referred to Action Ministries, where another caseworker helped her find an apartment in DeKalb County. The LAA caseworker helped her by offering an office to complete the paperwork for the rapid housing program, sending supporting documents to the Action Ministries caseworker working in collaboration with the agency. She lived in an apartment through the Rapid Housing Program’s support for almost four months and finally found a subsidized apartment in Decatur. We helped her with the application process, the application was approved, and she moved in December 2019. Since then, she has been living comfortably in a newly renovated apartment, safe and secure. She now pays $160 per month and utilities, reducing her housing cost. She is currently housed and living stable, and her quality of life improved significantly.

For older first-generation and retired Latinos, it can be hard to find social groups where they can interact with folks who speak Spanish. Our Club de la Tercera Edad was founded decades ago with these individuals in mind, and it’s still going.

For more information about the program, please contact the LAA’s hotline 404-638-1839

ATLANTA – July 15, 2021  The Atlanta Regional Commission (ARC) has partnered with the Latin American Association (LAA) to better serve the needs of metro Atlanta’s older adults and adults with disabilities who speak Spanish.

The LAA, the largest agency in Georgia dedicated to serving the Hispanic population, is working to connect older adults and adults with disabilities with existing community resources that will help them live more independent lives, including meal delivery, transportation to medical appointments, respite care, and access to mental health services.

By working closely with ARC’s Aging & Independence Services Group, the LAA is providing culturally appropriate referrals and information in Spanish to the Latino community, which accounts for 12% of the population in the 10-county metro area. ARC is the federally funded Area Agency on Aging for the 10-county metro region.

“We are very excited to be partnering with the LAA as we strive to better serve the needs of metro Atlanta’s growing Hispanic population,” said Becky Kurtz, managing director of ARC’s Aging & Independence Services. “The LAA is a trusted entity in the Latino community, and they bring to us cultural competency and language proficiency. The LAA will help connect the Spanish-speaking population to existing resources that they may not know about.”

The LAA, which serves the metro region out of centers in DeKalb and Gwinnett counties, was awarded a $100,000 grant from ARC over two years. LAA staff have also joined ARC’s Aging and Disability Resource Connection (ADRC) advisory committee.

“The LAA has been serving Latino seniors for over 20 years,” said Santiago Marquez, CEO of the LAA. “We are fortunate to have such great partners as ARC, and to have some funding to help us welcome our seniors back to our building. We look forward to expanding the services offered to Latino seniors.”

For years, the LAA has supported a group for older adults who meet weekly at the LAA’s DeKalb location or via Zoom.

With the ARC funding, the LAA has hired a social worker to serve older adults and adults with disabilities. Cynthia Roman, managing director of Family Stabilization and Well-Being at the LAA, says that this is long overdue.

“This type of funding is hard to access. The partnership with ARC will go a long way to help this highly vulnerable population get the services and support they need to thrive. We have the expertise and we are equipped to serve this community,” Roman explained.

Kurtz said that the number of Spanish-speaking clients that Aging & Independence Services currently serves, compared to the population, is very low. This partnership will allow ARC to expand its reach among Hispanic residents and serve their needs.

“We felt like that was a gap for us,” said Kurtz. “We’ve made it a priority to have Spanish-speaking staff, but that still wasn’t enough to serve the needs of these populations.”

Providing information and resources and approaching service delivery with cultural competence is more user-friendly for individuals, helps build trust within the service network, and speaks to cultural differences that sometimes present as a barrier to accessing much-needed services.

By partnering with trusted organizations that have direct contact with populations that are hard to reach, ARC expects that more people become aware of community resources available for older adults and adults with disabilities.

ARC’s Aging & Independence Services Group has had a similar partnership for years with the Center for Pan Asian Community Services (CPACS) to reach out to the Asian populations in the metro region. CPACS acts as an extension of ARC’s Empowerline, providing culturally appropriate information on programs, eligibility, and other resources for older adults and people with disabilities to improve access to services.

“We’ve had a very symbiotic relationship with CPACS over the past three years,” says Kurtz. “Our staff is now more sensitized to issues in the pan-Asian community, and CPACS has a better understanding of what we do.”

Kurtz expects ARC’s relationship with the LAA to be mutually beneficial to both organizations.

We will be offering all of our services by appointment only. Please refer to the numbers below to contact the desired department and location.

How we served the public?

This office offers all programs and services, plus translations.

Our experienced social workers, all of whom are bilingual, meet with clients remotely or face-to-face and follow up with them periodically for up to 90 days to ensure they have access to the tools they need to succeed. The department also provides community referrals and resources to our clients, as well as hosts partners on an almost daily basis to talk to our families about various topics, including family planning, financial literacy and child development. We also offer free parenting classes.

To set up an appointment, please call 404.638-1839 to talk to a staff member. If one member of the staff doesn’t pick up your call, please leave a voice message with your contact information and we will return your call.

We offer Family Well-Being services in all three outreach centers. 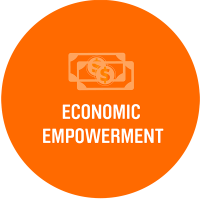 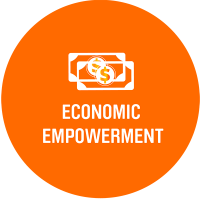 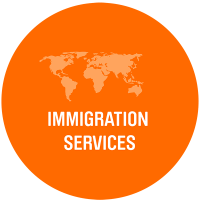 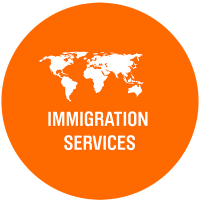 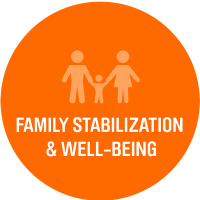 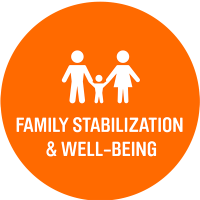 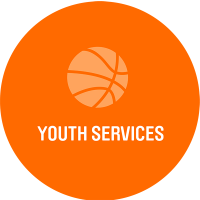 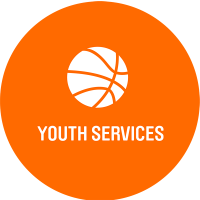 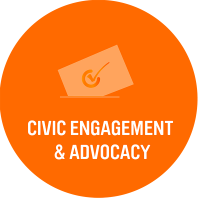 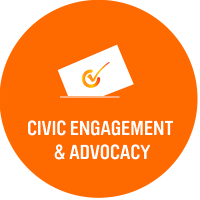